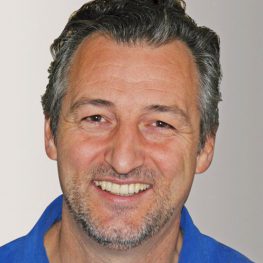 Private practitioner in Turin, Italy, where is dedicated exclusively to Orthodontics and Functional Orthopedics treatment. His special focus are: biomechanics and multidisciplinary treatment, functional and growth modiﬁ cation.
Born in 1963 in Italy, graduated as medical doctor at the University of Turin in 1990.
Master in Periodontology in 1994 at the Department of Periodontology, at the same University.

In 1997 became a Specialist in Orthodontics at the Orthodontic Department, Royal Dental College, Aarhus University Denmark, where in 2000 defended a Master of Science in Orthodontics.
Since 1997 to 2010 was part time Professor at the same department of Prof. Birte Melsen.
He was employed in Cleft Palate Institute in Aarhus, and Public Orthodontic Clinic in Silkerborg, Mauriziano Umberto I Hospital in Turin.